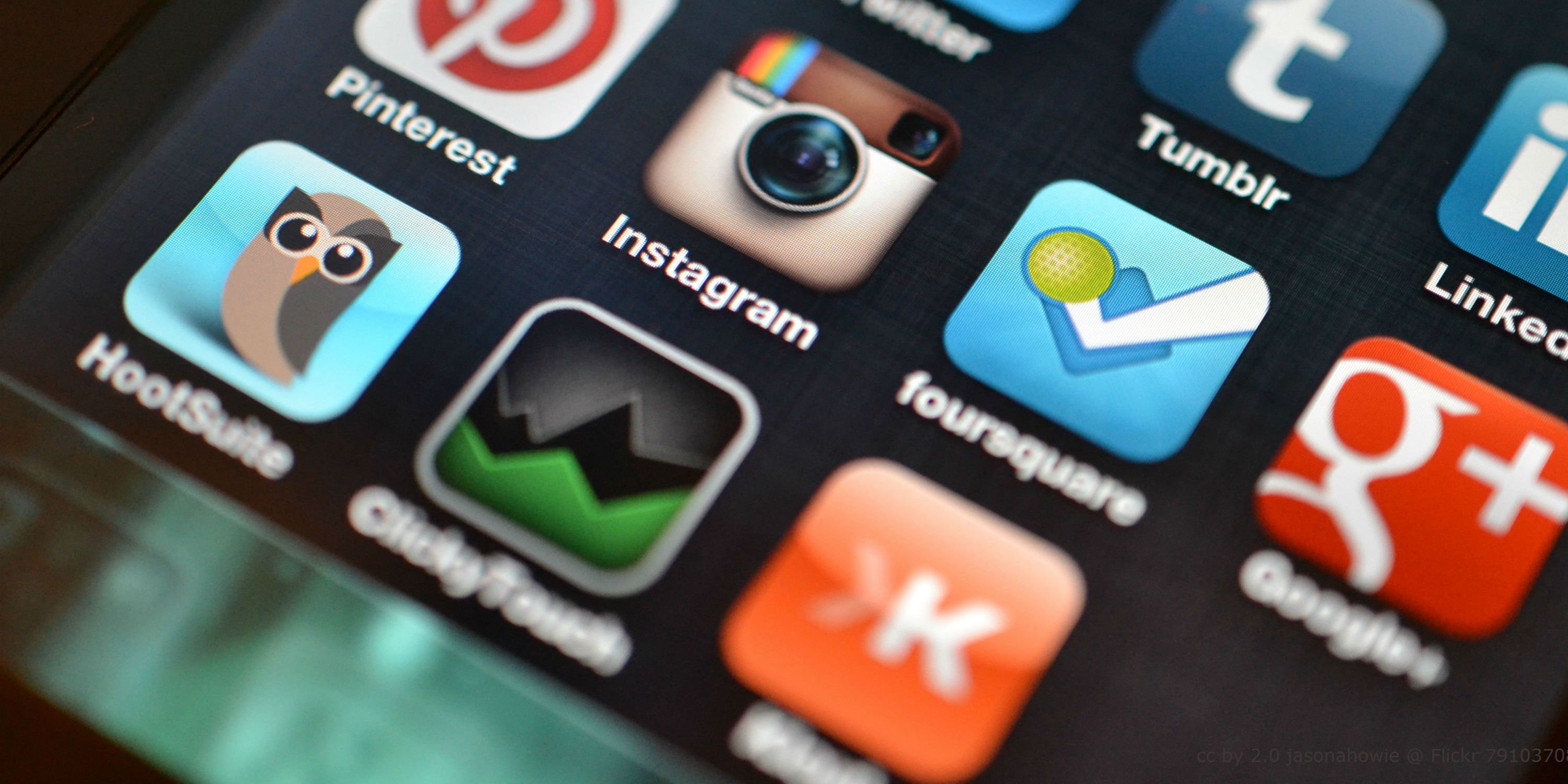 So you’ve got some great content on your site, and you’re ready to start promoting it? That’s great, but how frequently should you be posting to social media? The answer can be a bit complicated, as of course Facebook differs from Twitter which differs from Instagram. Post frequency can have an enormous effect on your social media marketing campaigns, and each social media platform has its own strategy for maximizing clicks and shares. 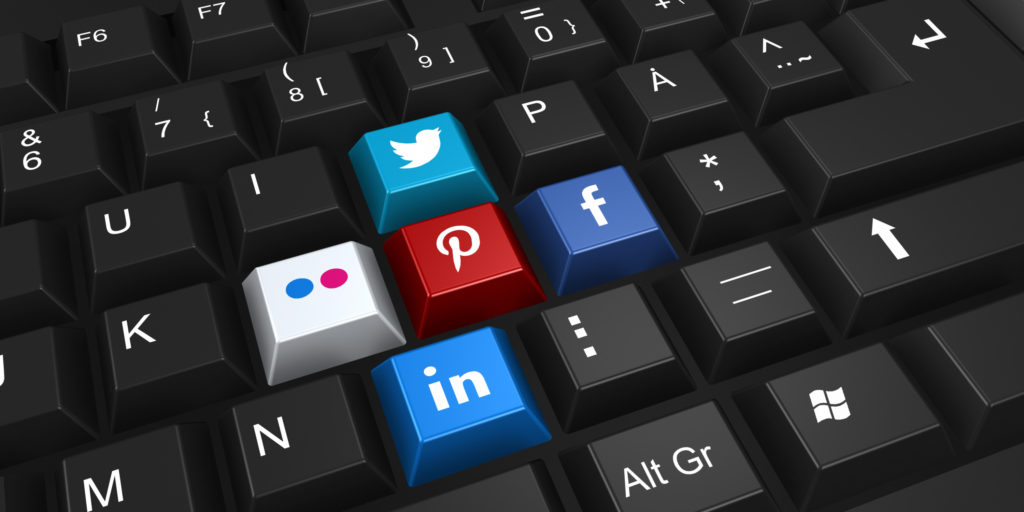 How often should you be posting to social media?

Facebook: The largest of the social media platforms also has the greatest amount of research into optimum post frequency. You may have heard that the optimum frequency for Facebook is two posts per day. However, this may not be the case. The two post per day optimum is for those with a large Facebook following, in excess of 10,000 fans. As it turns out, pages with smaller followers can maximize engagement by posting less often. Hubspot found that posting twice per day can lower engagement by 50% for smaller pages:

As you can see, the optimum post frequency for smaller sites can be as little as once per week. You’ll have to decide yourself how much engagement you want per post. Regardless of the size of your Facebook following, you want to post at least once per week. If you already have a solid base of evergreen content, and are producing new content at the same time, you’ll want to increase this rate to ensure your new content is being shared as well. Do some testing for yourself, and see how your followers engage with your content.

Instagram: Instagram stands out as unique among the social media platforms. Not only does it not allow links in posts, frequencies are also not particularly important. When it comes to Instagram, consistency is important. Your followers become familiar with your posting profile, and changing it can have negative effects. So, whether you are posting once per day or 20 times per day doesn’t matter so much as whether you continue to post at that same frequency. You do want to avoid spamming your followers as well, so unless you’re generating tons of new and engaging content, once or twice per day should suffice. Tagging influencers in the industry or topic you are tweeting on is a great way to boost engagement as well.

Also, unlike other social media platforms, Instagram users tend to have stable activity levels, so post every day. The sweet spot for Instagram post times is between 2pm and 5pm. Hitting both of these hours is a great place to start your analysis of posting success.

Twitter: Tweets have the shortest life cycle of the major social media platforms. The median retweet time is only 18 minutes, which means that half of all user retweets happen within the first 18 minutes. With such a short lifespan, Twitter is the social media platform that you want to be posting most regularly on. The more followers you have, the longer the lifespan that your tweets have, but it doesn’t make a huge effect. The most retweets occur when there are between three and five per day, so this is the magic number for most users. You will need a fairly large library of content to maintain this level of tweeting to prevent spamming your followers with the same posts, however, so adjust as needed based on your existing content library.

If you are targeting B2B users, then the weekdays are more effective than weekends and vice versa for B2C users. Don’t take this to mean that B2B posters should avoid weekends. These may be great time to engage with B2B users on their down time, when competitors may be snoozing. The most retweets occur around 1pm, and optimum tweet times are between noon and 6pm. Also, be sure to retweet interesting content so that your twitter feed is not only self-promotion. Engage with people posting on relevant topics, answer questions, and retweet content that your followers may find useful or entertaining.

Pinterest: Pinterest users have a fairly inconsistent schedule of logging in, so it may be hard to pinpoint optimum post days and times. Like with Instagram, consistency is important, and you’ll need to do some testing to identify what scheduling strategy works for you. The top engagement days and times actually vary by topic and industry. Overall the best day to post is Saturday Afternoons and evenings between 8pm and 11pm offer the most engagement. Pinterest offers the following stats for which topics are most popular on which days:

Of course, you’re not going to want to limit yourself to a single day based on your industry, but you can use this data to give you some hints on the types of pins you should be posting on what days, and what topics to target. 200 large brands were surveyed for how often they post pins, and the answers ranged from “a few times per week” to up to 10 per day. Consensus states that between 5 and 30 pins per day is optimal, spread throughout all hours. If you have lots of content, aim for the higher frequency and decrease accordingly.

Tumblr: Tumblr may not be on your radar as a top-tier social media platform, but you shouldn’t disregard it. It is one of the few platforms that uses dofollow links, which can boost your SEO. When it comes to Tumblr post frequency, keep in mind that most Tumblr users follow hundreds of accounts. This means that unless you’re posting in rapid succession, they will not see a double post from you, limiting the potential for being considered spammy.

After analyzing 40 billion Tumblr posts, Union Metrics identified that weekends are the most popular days for Tumblr users, and the most engagement comes in the evenings. Start with 1-3 posts per day, and remain consistent as with Instagram and Pinterest. The most posts happen around 4pm, and the most notes at 10pm. Start your post scheduling here.

Google+: Google+ is the new kid on the block and the data is still coming in and three major automation suites have reported different optimums. Three posts per day was a common recommendation, with a low limit of three posts per week and a high limit of ten posts per week. Combining all this information, a safe optimum timing is twice per day, but you have a fairly wide range to choose from to optimize it with the size of your content library. Be sure to post to active groups in your target industry, and mix up the posts that you are sharing by changing hashtags at the very least.

LinkedIn: As the major social media platform for professional interaction, you should keep in mind that users will be less willing to put up with spam. For LinkedIn, one post per day should be your maximum, while ensuring that the content you are posting is well polished, professional, and engaging. Many successful LinkedIn marketing campaigns hit around 1-2 posts per week. You can additionally engage in groups or with your professional network to boost visibility, but do so with care.

The most engagement on LinkedIn comes during office hours, especially the morning and afternoon before people leave the office. Try rotating between morning posts between 8am-10am and afternoon posts around 4pm. Keep in mind that while your personal profile can post content with hashtags, they will not be treated as hashtags when the company profile posts something, so remove them.

What are the optimum social media posting schedules?

As you can see, the optimum posting strategies for each social media platform can vary wildly. As a result, you’ll need to take individual care of each schedule if you want to squeeze the most engagement out of each platform. However, don’t feel like you need to overdo it. These statistics and recommendations are based on all social media users from all industries, all locations, and content libraries of every size.

Your own individual schedule will need to be tailored to the size of your social media following, the amount of evergreen content you have to promote, the industry you are in, and the location(s) you are targeting. Digital marketing is largely a guessing game, but these optimum schedules can give you a solid base to start your own analysis from. If this seems a bit overwhelming, or you’d otherwise like some advice or help with social media marketing, drop us a line! Remember that social media platforms are constantly changing, with some shutting down and others starting up and your strategy needs to be flexible and reactive.